French philosopher Michel de Montaigne once quipped that marriage is “a market which has nothing free but the entrance.” When trying to match their goods and services with the promise of love from a new market, executives have multiple entry options—but they should carefully consider each, lest the romance be short-lived.

When the executives in charge of a firm decide to enter a new country, they must decide how to enter the country. There are five basic options available: (1) exporting, (2) creating a wholly owned subsidiary, (3) franchising, (4) licensing, and (5) creating a joint venture or strategic alliance (Table 7.11 “Market Entry Options”). These options vary in terms of how much control a firm has over its operation, how much risk is involved, and what share of the operation’s profits the firm gets to keep.

Exporting involves creating goods within a firm’s home country and then shipping them to another country. Once the goods reach foreign shores, the exporter’s role is over. A local firm then sells the goods to local customers. Many firms that expand overseas start out as exporters because exporting offers a low-cost method to find out whether a firm’s products are appealing to customers in other lands. Some Asian automakers, for example, first entered the US market though exporting. Small firms may rely on exporting because it is a low-cost option. 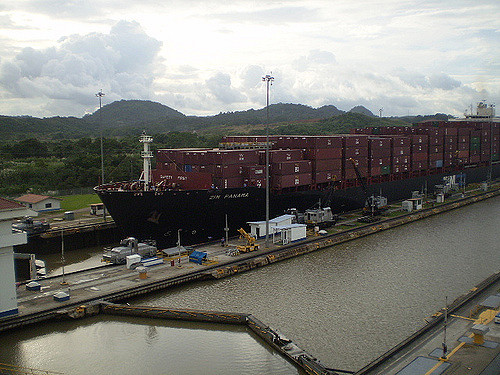 Exporting often relies on huge cargo ships, such as this one docked in Cyprus.

Once a firm’s products are found to be viable in a particular country, exporting often becomes undesirable. A firm that exports its goods loses control of them once they are turned over to a local firm for sale locally. This local distributor may treat customers poorly and thereby damage the firm’s brand. Also, an exporter only makes money when it sells its goods to a local firm, not when end users buy the goods. Executives may want their firm rather than a local distributor to enjoy the profits that are made when products are sold to individual customers.

Franchising is a popular way for firms to grow internationally. Below we provide examples of US-based franchises that are successful worldwide.

Franchising has been used by many firms that compete in service industries to develop a worldwide presence (Table 7.12 “Franchising: A Leading American Export”). Subway, The UPS Store, and Hilton Hotels are just a few of the firms that have done so. Franchising involves an organization (called a franchisor) granting the right to use its brand name, products, and processes to other organizations (known as franchisees) in exchange for an up-front payment (a franchise fee) and a percentage of franchisees’ revenues (a royalty fee).

Franchising is an attractive way to enter foreign markets because it requires little financial investment by the franchisor. Indeed, local franchisees must pay the vast majority of the expenses associated with getting their businesses up and running. On the downside, the decision to franchise means that a firm will get to enjoy only a small portion of the profits made under its brand name. Also, local franchisees may behave in ways that the franchisor does not approve. For example, Kentucky Fried Chicken (KFC) was angered by some of its franchisees in Asia when they started selling fish dishes without KFC’s approval. It is often difficult to fix such problems because laws in many countries are stacked in favor of local businesses. Last, franchises are only successful if franchisees are provided with a simple and effective business model. Executives thus need to avoid expanding internationally through franchising until their formula has been perfected. 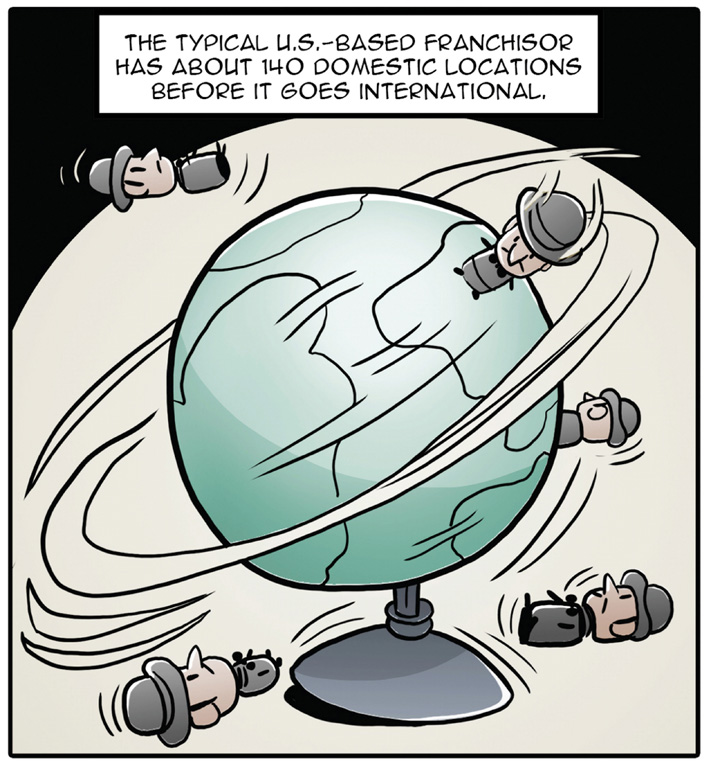 Firms should own a thoroughly proven business model before franchising in other countries.

While franchising is an option within service industries, licensing is most frequently used in manufacturing industries. Licensing involves granting a foreign company the right to create a company’s product within a foreign country in exchange for a fee. These relationships often center on patented technology. A firm that grants a license avoids absorbing a lot of costs, but its profits are limited to the fees that it collects from the local firm. The firm also loses some control over how its technology is used.

A historical example involving licensing illustrates how rapidly events can change within the international arena. By the time Japan surrendered to the United States and its Allies in 1945, World War II had crippled the country’s industrial infrastructure. In response to this problem, Japanese firms imported a great deal of technology, especially from American firms. When the Korean War broke out in the early 1950s, the American military relied on Jeeps made in Japan using licensed technology. In just a few years, a mortal enemy had become a valuable ally.

Strategy at the Movies

Can American workers survive under Japanese management? Although this sounds like the premise for a bad reality TV show, the question was a legitimate consideration for General Motors (GM) and Toyota in the early 1980s. GM was struggling at the time to compete with the inexpensive, reliable, and fuel-efficient cars produced by Japanese firms. Meanwhile, Toyota was worried that the US government would limit the number of foreign cars that could be imported. To address these issues, these companies worked together to reopen a defunct GM plant in Fremont, California, in 1984 that would manufacture both companies’ automobiles in one facility. The plant had been the worst performer in the GM system; however, under Toyota’s management, the New United Motor Manufacturing Incorporated (NUMMI) plant became the best factory associated with GM—using the same workers as before! Despite NUMMI’s eventual success, the joint production plant experienced significant growing pains stemming from the cultural differences between Japanese managers and American workers.

The NUMMI story inspired the 1986 movie Gung Ho in which a closed automobile manufacturing plant in Hadleyville, Pennsylvania, was reopened by Japanese car company Assan Motors. While Assan Motors and the workers of Hadleyville were both excited about the venture, neither was prepared for the differences between the two cultures. For example, Japanese workers feel personally ashamed when they make a mistake. When manager Oishi Kazihiro failed to meet production targets, he was punished with “ribbons of shame” and forced to apologize to his employees for letting them down. In contrast, American workers were presented in the film as likely to reject management authority, prone to fighting at work, and not opposed to taking shortcuts.

When Assan Motors’ executives attempted to institute morning calisthenics and insisted that employees work late without overtime pay, the American workers challenged these policies and eventually walked off the production line. Assan Motors’ near failure was the result of differences in cultural norms and values. Gung Ho illustrates the value of understanding and bridging cultural differences to facilitate successful cross-cultural collaboration, value that was realized in real life by NUMMI. 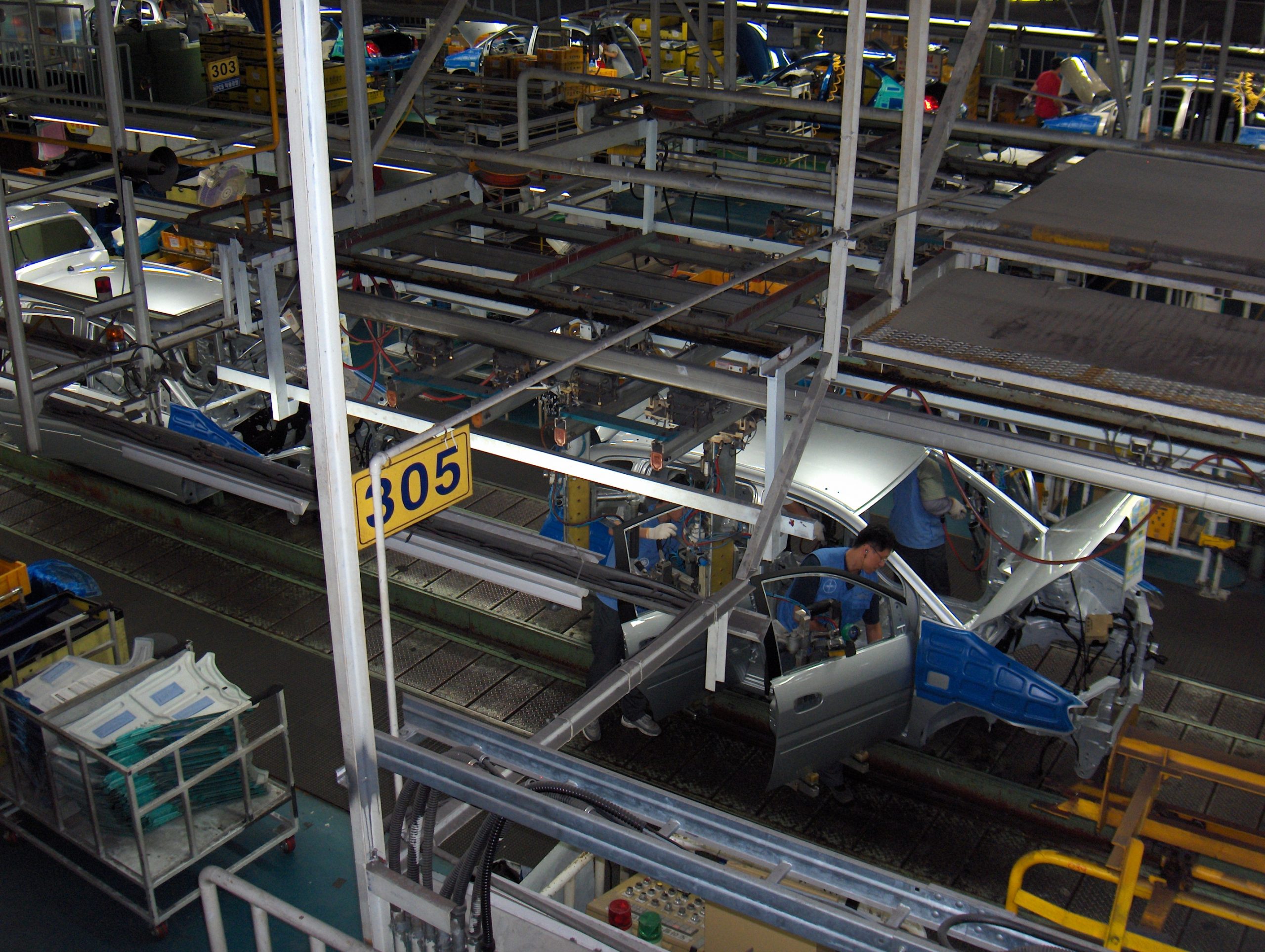 Within each market entry option described earlier, a firm either maintains strong control of operations (wholly owned subsidiary) or it turns most control over to a local firm (exporting, franchising, and licensing). In some cases, however, executives find it beneficial to work closely with one or more local partners in a joint venture or a strategic alliance. In a joint venture, two or more organizations each contribute to the creation of a new entity. In a strategic alliance, firms work together cooperatively, but no new organization is formed. In both cases, the firm and its local partner or partners share decision-making authority, control of the operation, and any profits that the relationship creates.

Joint ventures and strategic alliances are especially attractive when a firm believes that working closely with locals will provide it important knowledge about local conditions, facilitate acceptance of their involvement by government officials, or both. In the late 1980s, China was a difficult market for American businesses to enter. Executives at KFC saw China as an attractive country because chicken is a key element of Chinese diets. After considering the various options for entering China with its first restaurant, KFC decided to create a joint venture with three local organizations. KFC owned 51 percent of the venture; having more than half of the operation was advantageous in case disagreements arose. A Chinese bank owned 25 percent, the local tourist bureau owned 14 percent, and the final 10 percent was owned by a local chicken producer that would supply the restaurant with its signature food item.

Having these three local partners helped KFC navigate the cumbersome regulatory process that was in place and allowed the American firm to withstand the scrutiny of wary Chinese officials. Despite these advantages, it still took more than a year for the store to be built and approved. Once open in 1987, however, KFC was an instant success in China. As China’s economy gradually became more and more open, KFC was a major beneficiary. By the end of 1997, KFC operated 191 restaurants in 50 Chinese cities. By the start of 2011, there were approximately 3,200 KFCs spread across 850 Chinese cites. Roughly 90 percent of these restaurants are wholly owned subsidiaries of KFC—a stark indication of how much doing business in China has changed over the past twenty-five years. 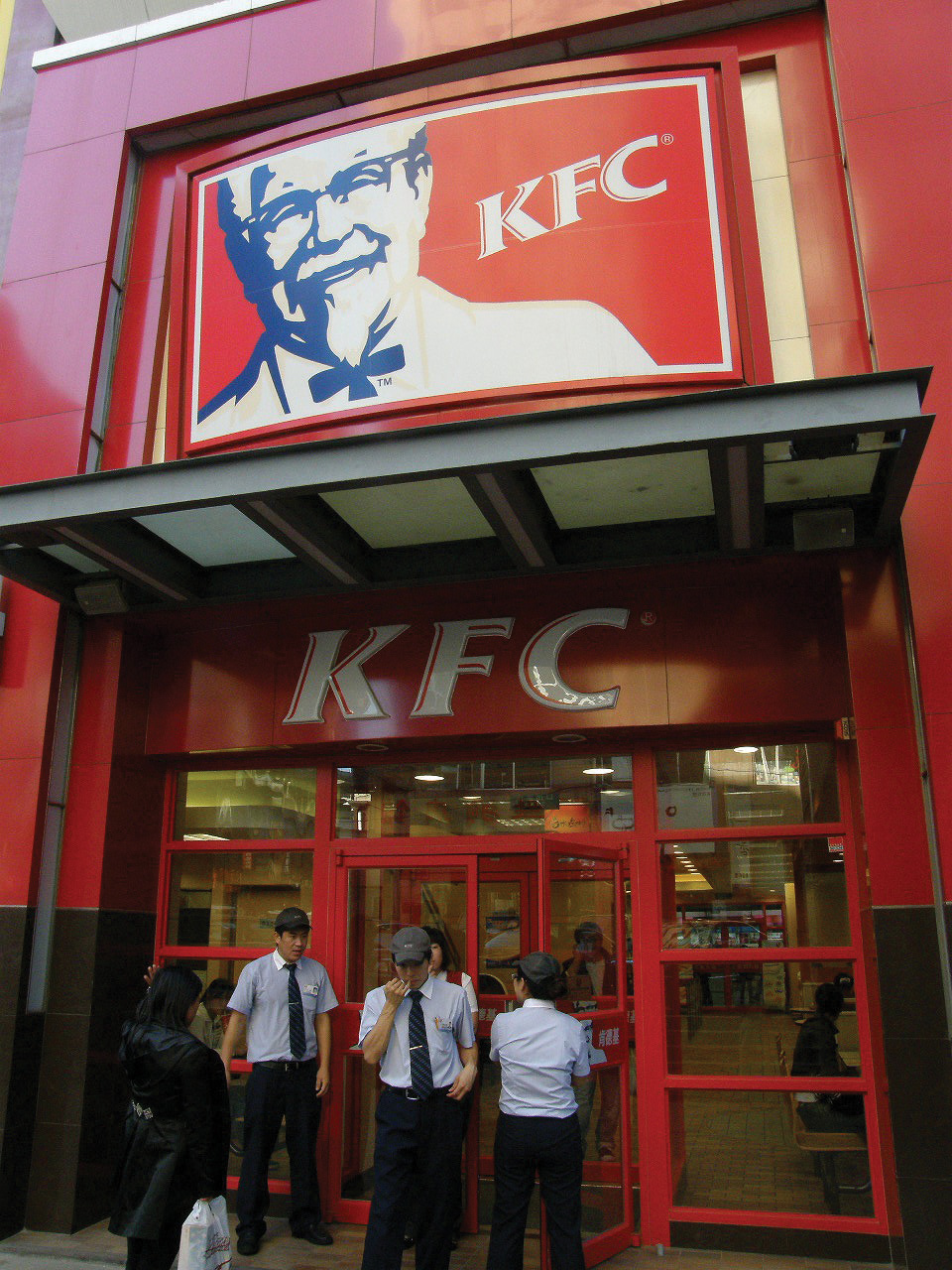 As of early 2011, KFC was opening a new store in China every eighteen hours on average.