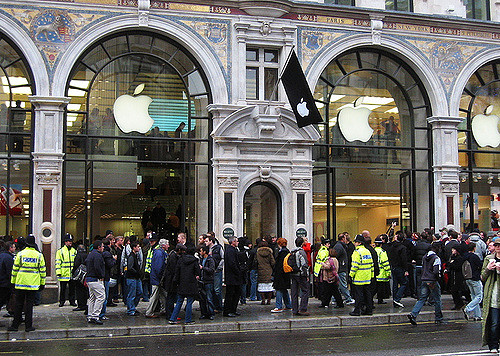 The Opening of the Apple Store

March 2, 2011, was a huge day for Apple. The firm released its much-anticipated iPad2, a thinner and faster version of market-leading Apple’s iPad tablet device. Apple also announced that a leading publisher, Random House, had made all seventeen thousand of its books available through Apple’s iBookstore. Apple had enjoyed tremendous success for quite some time. Approximately fifteen million iPads were sold in 2010, and the price of Apple’s stock had more than tripled from early 2009 to early 2011.

But future success was far from guaranteed. The firm’s visionary founder Steve Jobs was battling serious health problems. Apple’s performance had suffered when an earlier health crisis had forced Jobs to step away from the company. This raised serious questions. Would Jobs have to step away again? If so, how might Apple maintain its excellent performance without its leader?

Meanwhile, the iPad2 faced daunting competition. Samsung, LG, Research in Motion, Dell, and other manufacturers were trying to create tablets that were cheaper, faster, and more versatile than the iPad2. These firms were eager to steal market share by selling their tablets to current and potential Apple customers. Could Apple maintain leadership of the tablet market, or would one or more of its rivals dominate the market in the years ahead? Even worse, might a company create a new type of device that would make Apple’s tablets obsolete?