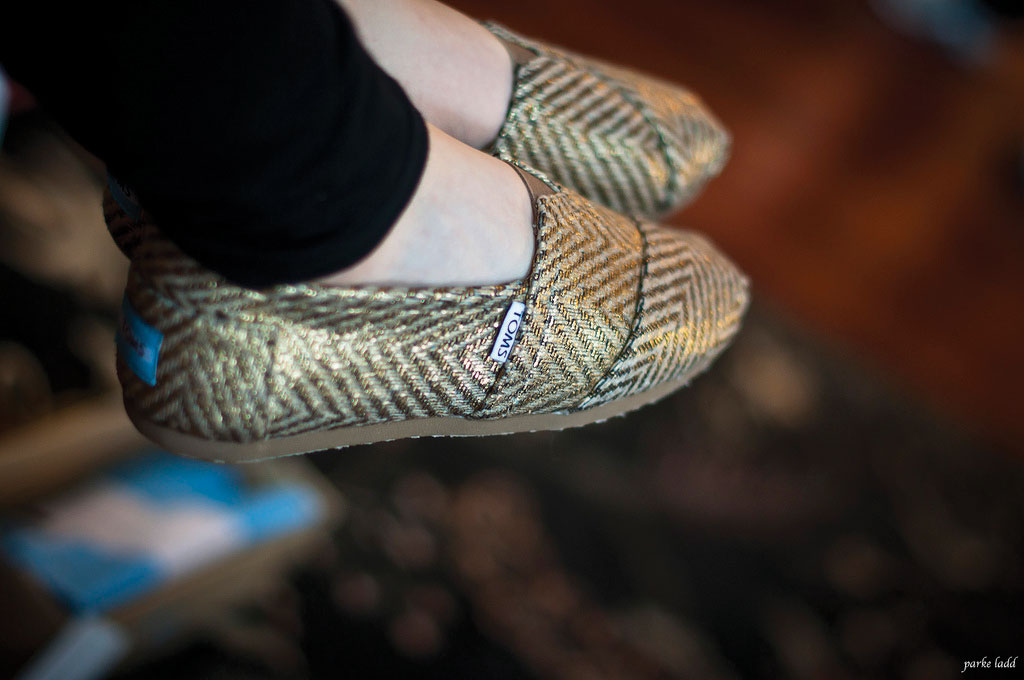 Under the business model used by TOMS Shoes, a pair of their signature alpargata footwear is donated for every pair sold.

In 2002, Blake Mycoskie competed with his sister Paige on The Amazing Race—a reality show where groups of two people with existing relationships engage in a global race to win valuable prizes, with the winner receiving a coveted grand prize. Although Blake’s team finished third in the second season of the show, the experience afforded him the opportunity to visit Argentina, where he returned in 2006 and developed the idea to build a company around the alpargata—a popular style of shoe in that region.

The premise of the company Blake started was a unique one. For every shoe sold, a pair will be given to someone in need. This simple business model was the basis for TOMS Shoes, which has now given away more than one million pairs of shoes to those in need in more than twenty countries worldwide (Oloffson, 2010).

The rise of TOMS Shoes has inspired other companies that have adopted the “buy-one-give-one” philosophy. For example, the Good Little Company donates a meal for every package purchased (Nicolas, 2011). This business model has also been successfully applied to selling (and donating) other items such as glasses and books.

The social initiatives that drive TOMS Shoes stand in stark contrast to the criticisms that plagued Nike Corporation, where claims of human rights violations, ranging from the use of sweatshops and child labor to lack of compliance with minimum wage laws, were rampant in the 1990s (McCall, 1998). While Nike struggled to win back confidence in buyers that were concerned with their business practices, TOMS social initiatives are a source of excellent publicity in pride in those who purchase their products. As further testament to their popularity, TOMS has engaged in partnerships with Nordstrom, Disney, and Element Skateboards.

Although the idea of social entrepreneurship and the birth of firms such as TOMS Shoes are relatively new, a push toward social initiatives has been the source of debate for executives for decades. Issues that have sparked particularly fierce debate include CEO pay and the role of today’s modern corporation. More than a quarter of a century ago, famed economist Milton Friedman argued, “The social responsibility of business is to increase its profits.” This notion is now being challenged by firms such as TOMS and their entrepreneurial CEO, who argue that serving other stakeholders beyond the owners and shareholders can be a powerful, inspiring, and successful motivation for growing business.

This chapter discusses some of the key issues and decisions relevant to understanding corporate and business ethics. Issues include how to govern large corporations in an effective and ethical manner, what behaviors are considered best practices in regard to corporate social performance, and how different generational perspectives and biases may hold a powerful influence on important decisions. Understanding these issues may provide knowledge that can encourage effective organizational leadership like that of TOMS Shoes and discourage the criticisms of many firms associated with the corporate scandals of the late 1990s and early 2000s.