The Competition Takes Aim at Target 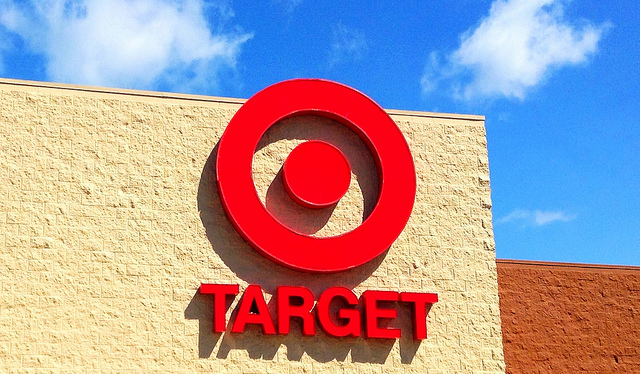 On January 13, 2011, Target Corporation announced its intentions to operate stores outside the United States for the first time. The plan called for Target to enter Canada by purchasing existing leases from a Canadian retailer and then opening 100 to 150 stores in 2013 and 2014.(Target, 2011) The chain already included more than 1,700 stores in forty-nine states. Given the close physical and cultural ties between the United States and Canada, entering the Canadian market seemed to be a logical move for Target.

In addition to making its initial move beyond the United States, Target had several other sources of pride in early 2011. The company claimed that 96 percent of American consumers recognized its signature logo, surpassing the percentages enjoyed by famous brands such as Apple and Nike. In March, Fortune magazine ranked Target twenty-second on its list of the “World’s Most Admired Companies.” In May, Target reported that its sales and earnings for the first quarter of 2011 (sales: $15.6 billion; earnings: $689 million) were stronger than they had been in the first quarter of 2010 (sales: $15.2 billion; earnings: $671 million). Yet there were serious causes for concern, too. News stories in the second half of 2010 about Target’s donations to political candidates had created controversy and unwanted publicity. And despite increasing sales and profits, Target’s stock price fell about 20 percent during the first quarter of 2011.

Concern also surrounded Target’s possible vulnerability to competition within the retail industry. Since its creation in the early 1960s, Target executives had carved out a lucrative position for the firm. Target offers relatively low prices on brand-name consumer staples such as cleaning supplies and paper products, but it also offers chic clothing and household goods. This unique combination helps Target to appeal to fairly affluent customers. Although Target counts many college students and senior citizens among its devotees, the typical Target shopper is forty-one years old and has a household income of about $63,000 per year. Approximately 45 percent of Target customers have children at home, and about 48 percent have a college degree.1 Perhaps the most tangible reflection of Target’s upscale position among large retailers is the tendency of some customers to jokingly pronounce its name as if it were a French boutique: “Tar-zhay.”

Target’s lucrative position was far from guaranteed, however. Indeed, a variety of competitors seemed to be taking aim at Target. Retail chains such as Kohl’s and Old Navy offered fashionable clothing at prices similar to Target’s. Discounters like T.J. Maxx, Marshalls, and Ross offered designer clothing and chic household goods for prices that often were lower than Target’s. Closeout stores such as Big Lots offered a limited selection of electronics, apparel, and household goods but at deeply discounted prices. All these stores threatened to steal business from Target.

Walmart was perhaps Target’s most worrisome competitor. After some struggles in the 2000s, the mammoth retailer’s performance was strong enough that it ranked well above Target on Fortune’s list of the “World’s Most Admired Companies” (eleventh vs. twenty-second). Walmart also was much bigger than Target. The resulting economies of scale meant that Walmart could undercut Target’s prices anytime it desired. Just such a scenario had unfolded before. A few years ago, Walmart’s victory in a price war over Kmart led the latter into bankruptcy.

One important difference between Kmart and Target is that Target is viewed by consumers as offering relatively high-quality goods. But this difference might not protect Target. Although Walmart’s products tended to lack the chic appeal of Target’s, Walmart had begun offering better products during the recession of the late 2000s in an effort to expand its customer base. If Walmart executives chose to match Target’s quality while charging lower prices, Target could find itself without a unique appeal for customers. As 2011 continued, a big question loomed: could Target maintain its unique appeal to customers or would the competitive arrows launched by Walmart and others force Target’s executives to quiver?