Much of the appeal of watching entertainers perform in drag comes from the humor inherent in seeing everyday norms violated. (Photo courtesy of Cassiopeija/Wikimedia Commons) 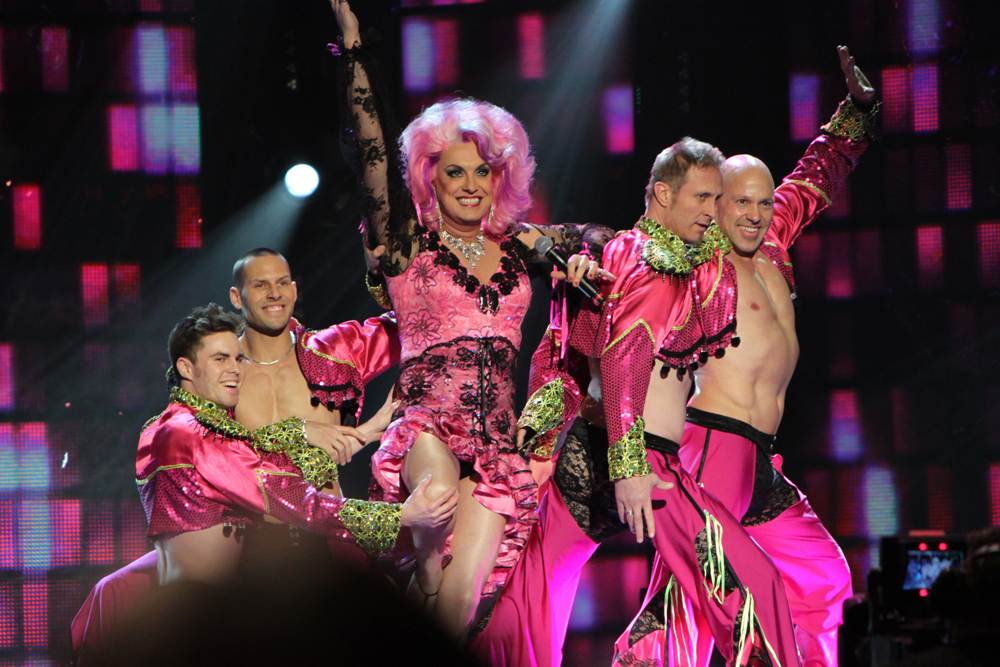 What, exactly, is deviance? And what is the relationship between deviance and crime? According to sociologist William Graham Sumner, deviance is a violation of established contextual, cultural, or social norms, whether folkways, mores, or codified law (1906). It can be as minor as picking your nose in public or as major as committing murder. Although the word “deviance” has a negative connotation in everyday language, sociologists recognize that deviance is not necessarily bad (Schoepflin 2011). In fact, from a structural functionalist perspective, one of the positive contributions of deviance is that it fosters social change. For example, during the U.S. civil rights movement, Rosa Parks violated social norms by refusing to give up her seat to a white man, and the Little Rock Nine broke customs of segregation to attend an Arkansas public school.

As norms vary across culture and time, it makes sense that notions of deviance change also. Fifty years ago, public schools in the United States had strict dress codes that, among other stipulations, often banned women from wearing pants to class. Today, it’s socially acceptable for women to wear pants, but less so for men to wear skirts. In a time of war, acts usually considered morally reprehensible, such as taking the life of another, may actually be rewarded. Whether an act is deviant or not depends on society’s response to that act.

Why I Drive a Hearse

When sociologist Todd Schoepflin ran into his childhood friend Bill, he was shocked to see him driving a hearse instead of an ordinary car. A professionally trained researcher, Schoepflin wondered what effect driving a hearse had on his friend and what effect it might have on others on the road. Would using such a vehicle for everyday errands be considered deviant by most people?

Schoepflin interviewed Bill, curious first to know why he drove such an unconventional car. Bill had simply been on the lookout for a reliable winter car; on a tight budget, he searched used car ads and stumbled upon one for the hearse. The car ran well, and the price was right, so he bought it.

Bill admitted that others’ reactions to the car had been mixed. His parents were appalled, and he received odd stares from his coworkers. A mechanic once refused to work on it, and stated that it was “a dead person machine.” On the whole, however, Bill received mostly positive reactions. Strangers gave him a thumbs-up on the highway and stopped him in parking lots to chat about his car. His girlfriend loved it, his friends wanted to take it tailgating, and people offered to buy it. Could it be that driving a hearse isn’t really so deviant after all?

Schoepflin theorized that, although viewed as outside conventional norms, driving a hearse is such a mild form of deviance that it actually becomes a mark of distinction. Conformists find the choice of vehicle intriguing or appealing, while nonconformists see a fellow oddball to whom they can relate. As one of Bill’s friends remarked, “Every guy wants to own a unique car like this, and you can certainly pull it off.” Such anecdotes remind us that although deviance is often viewed as a violation of norms, it’s not always viewed in a negative light (Schoepflin 2011).

A hearse with the license plate “LASTRYD.” How would you view the owner of this car? (Photo courtesy of Brian Teutsch/flickr) 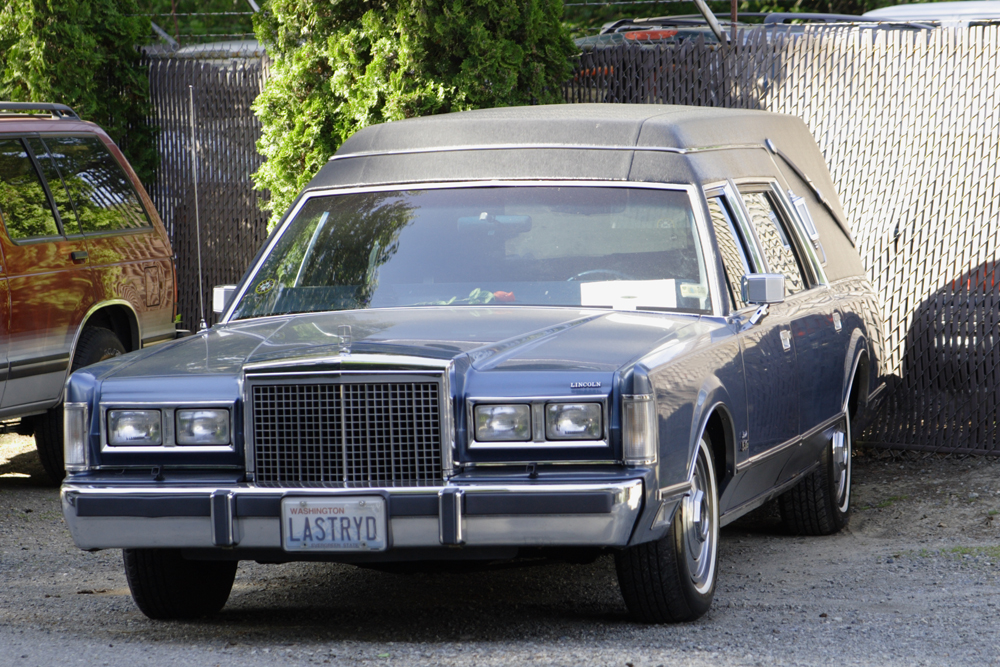 When a person violates a social norm, what happens? A driver caught speeding can receive a speeding ticket. A student who wears a bathrobe to class gets a warning from a professor. An adult belching loudly is avoided. All societies practice social control, the regulation and enforcement of norms. The underlying goal of social control is to maintain social order, an arrangement of practices and behaviors on which society’s members base their daily lives. Think of social order as an employee handbook and social control as a manager. When a worker violates a workplace guideline, the manager steps in to enforce the rules; when an employee is doing an exceptionally good job at following the rules, the manager may praise or promote the employee.

Sociologists also classify sanctions as formal or informal. Although shoplifting, a form of social deviance, may be illegal, there are no laws dictating the proper way to scratch your nose. That doesn’t mean picking your nose in public won’t be punished; instead, you will encounter informal sanctions. Informal sanctions emerge in face-to-face social interactions. For example, wearing flip-flops to an opera or swearing loudly in church may draw disapproving looks or even verbal reprimands, whereas behavior that is seen as positive—such as helping an old man carry grocery bags across the street—may receive positive informal reactions, such as a smile or pat on the back.

Formal sanctions, on the other hand, are ways to officially recognize and enforce norm violations. If a student violates her college’s code of conduct, for example, she might be expelled. Someone who speaks inappropriately to the boss could be fired. Someone who commits a crime may be arrested or imprisoned. On the positive side, a soldier who saves a life may receive an official commendation.

The table below shows the relationship between different types of sanctions.

Deviance is a violation of norms. Whether or not something is deviant depends on contextual definitions, the situation, and people’s response to the behavior. Society seeks to limit deviance through the use of sanctions that help maintain a system of social control.

Which of the following best describes how deviance is defined?

During the civil rights movement, Rosa Parks and other black protestors spoke out against segregation by refusing to sit at the back of the bus. This is an example of ________.

A student has a habit of talking on her cell phone during class. One day, the professor stops his lecture and asks her to respect the other students in the class by turning off her phone. In this situation, the professor used __________ to maintain social control.

One day, you decide to wear pajamas to the grocery store. While you shop, you notice people giving you strange looks and whispering to others. In this case, the grocery store patrons are demonstrating _______.

If given the choice, would you purchase an unusual car such as a hearse for everyday use? How would your friends, family, or significant other react? Since deviance is culturally defined, most of the decisions we make are dependent on the reactions of others. Is there anything the people in your life encourage you to do that you don’t? Why don’t you?

Think of a recent time when you used informal negative sanctions. To what act of deviance were you responding? How did your actions affect the deviant person or persons? How did your reaction help maintain social control?

Although we rarely think of it in this way, deviance can have a positive effect on society. Check out the Positive Deviance Initiative, a program initiated by Tufts University to promote social movements around the world that strive to improve people’s lives, at http://openstax.org/l/Positive_Deviance.

deviance
a violation of contextual, cultural, or social norms

formal sanctions
sanctions that are officially recognized and enforced

positive sanctions
rewards given for conforming to norms

sanctions
the means of enforcing rules

social control
the regulation and enforcement of norms